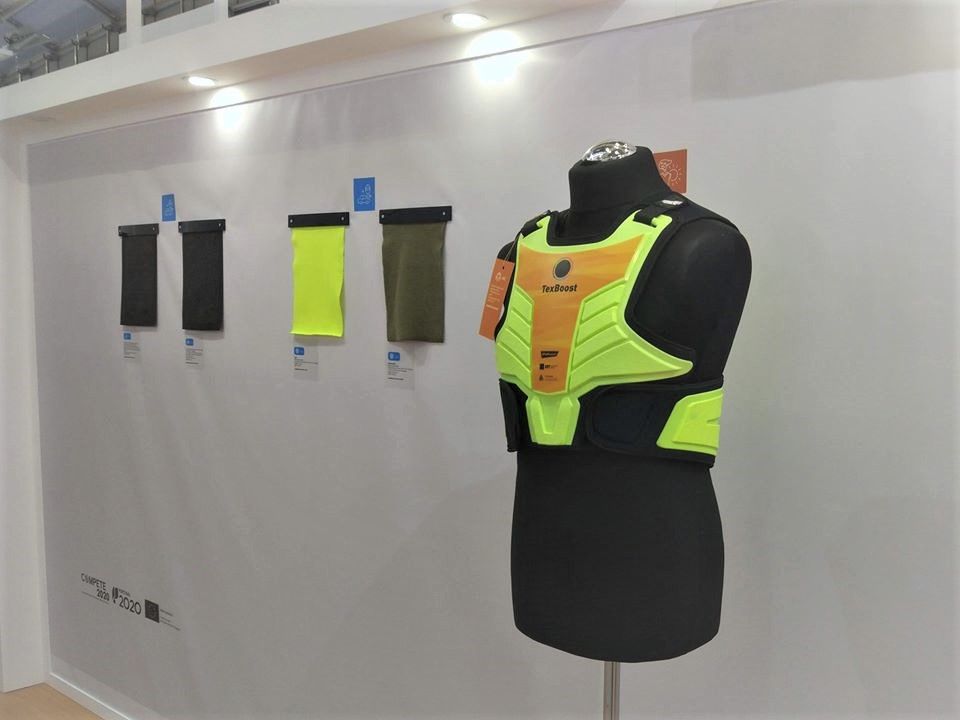 The German cities of Frankfurt and Munich hosted, between May and July, two of the most important fairs in the European textile panorama, and both witnessed actions to publicize the Texboost project, which thus returns to events outside Portugal.

At Techtextil (14-17 May) the Texboost mobilizing project even had its own stand where were presented the first proofs of concept and prototypes, along with stands of some of the co-promoters, such as CITEVE, CENTI, ERT, Têxteis Penedo, Sedacor, A. Sampaio.

At Outdoor by ISPO (from June 30 to July 3), were on exhibit the first proofs of concept and prototypes of the PPS2-AN2 (New Materials with High Impact Protection).